Travel and Back, Part Deux (the knitting bit...)

When last I left you, dear 2.5 readers, I was back home, having had a delightful excursion to Florida.  We had had a rather awful Plumbing Emergency the week before and the landlords wanted to have their insurance adjustor's agent have a look at it and determine what, if anything, needed to be done.  We had taken care of the repairs immediately, so the damage was thankfully minimized.  We got in the door at 10:15 a.m. and set to work to clean up the place - after all, we had been gone all weekend and who knows how the kitchen was holding up? We got in the door, immediately started a load of wash from the suitcases, cleaned up the kitchen, vacuumed and sprayed Lysol everywhere, LOL:)! It was rather comical, looking back, but I was not laughing at the time!

Well, we survived the inspection and learned that at some point, the room in question would be cleaned, the chandelier replaced (yes, the dining room under the two upstairs bathrooms...), and finally repainted.  They would (thank goodness!) move the furniture and move it back in.  I am in NO rush for this, but when it happens, I'll be fine with it, too.  Grateful it will be done and that we didn't do anything Awful to cause it.  Apparently (according to the plumber who repaired everything) it was a faulty installation of the drain in the master bath shower.

Well wasn't that exciting? Sorry. Anyway, the rest of the week was fairly quiet.  I had lunch with a client who just needed time away from his current situation. It worked out fine.   And I knit.

Still working on the Rhapsody in Cables sweater by Joji Locatelli. I did cast on a couple of shawl patterns just to prove to myself I'm as crazy as I used to be, but I am SO CLOSE to finishing this thing I could scream:

See this? It's the back of the sweater.  It's done, I've picked up and knit side stitches, did the three-needle bind-off on each side, I've picked up stitches for the bottom ribbing and am about half-way through the 3.25 inches I am supposed to knit for it, but I think I will quit at 2 inches. Then all I have to do is the neck ribbing and blocking and I. will. be. done!

I got this far on the project thanks to the Annual Columbia Sip 'N Knit Fall Retreat at the Claggett Center - an Episcopal Retreat center in Adamstown, just southeast of Frederick, Maryland.  Many different groups rent space from this retreat center, and ours was one of them.  We are not a religious group by any  means.  Our only commonality is knitting and crocheting and other fiber arts. In fact, our group is diverse in many ways.

As I have every year, this year was a BLAST:)! Those of you who don't knit probably won't relate and that's OK.

For the first time in all the years I have gone, I was actually off work the Friday it started.  I got there at about noon, found a room, put my groceries away, and took my knitting to the main house (called the Doll House after a former  Maryland Episcopal Bishop) where I found a seat in the meeting room where we all sit and knit. That evening, we went to the home of a Maryland Indie dyer, who also featured the work of another indie dyer and yes, there may have been a couple of yarn purchases. I don't know which interested me more: the beautiful yarns or the century-plus old farmhouse.  It looked like it had been a plantation at one point.

Then it was back for dinner, knitting, late-night snacks, and wine:)! I got a lot done on the Rhapsody.  Next day another indie dyer came to show her wares and there may have been a couple of yarn purchases, but what happens at Knitting Retreat, stays at Knitting Retreat;).
The weather on Saturday was rather dreary, but the warmth of the knitting, fun conversation and wonderful company made the day fun! After a night of very windy thunderstorms, we were treated to a beautiful vista.

Soon after it was time to pack up, say good-byes, and head for home.  It was a pleasant drive.  Sunday topped off the weekend with a nice time with family.
Not much more to share on the knitting front.  When the sweater is done I will post and hopefully have a few more interesting knitting ventures to discuss.  Until then, I wish you health and good friends and
God be with you 'til we meet again!:)+ 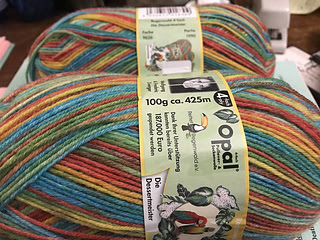 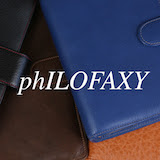 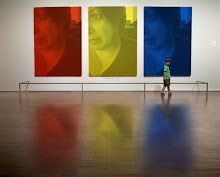